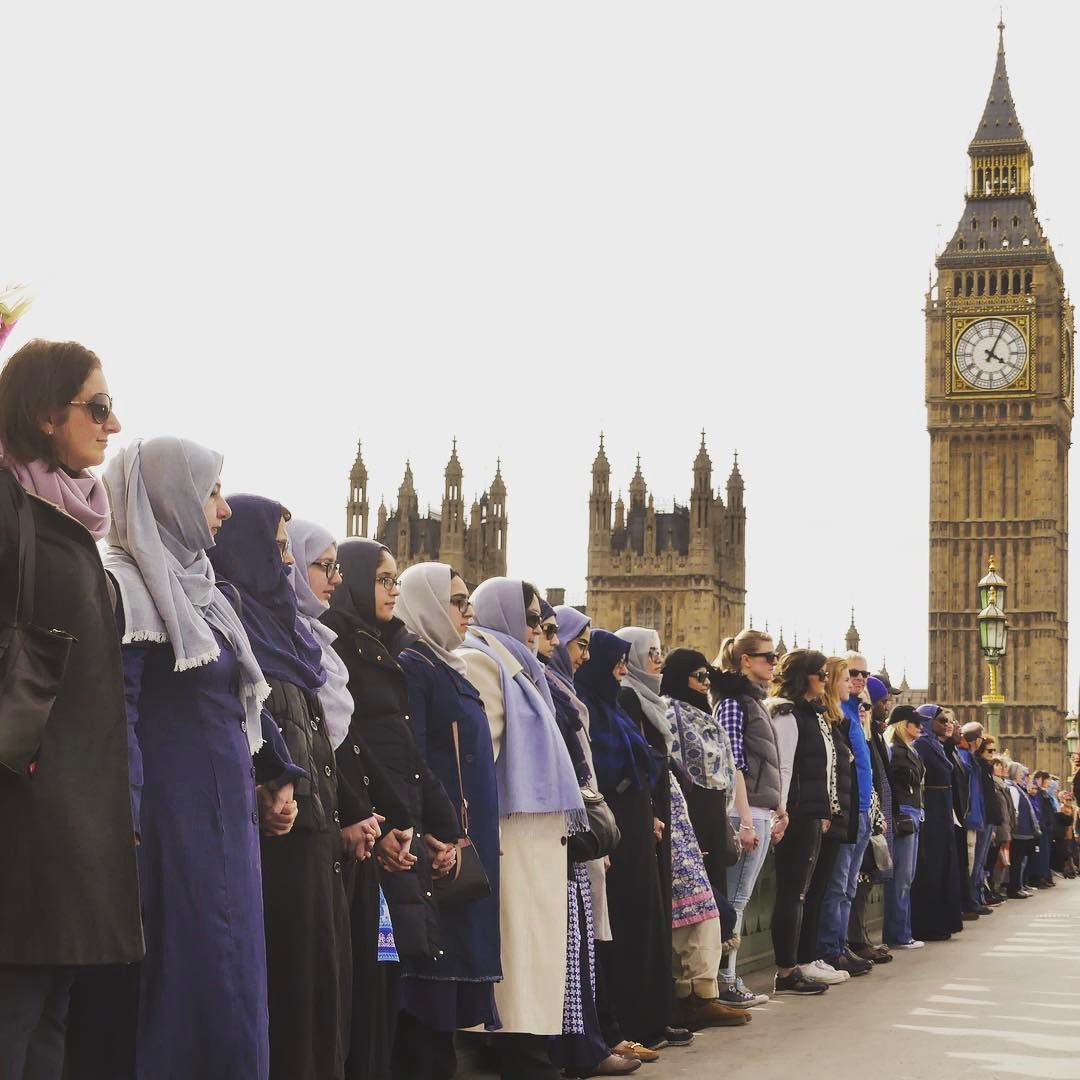 “Women of different faiths, races and backgrounds joined together on London’s Westminster Bridge, forming a human chain to show their solidarity for the victims [perpetrator?] of Wednesday’s terrorist attack in the city. Sunday’s demonstration, organized by Women’s March on London, covered the length of the bridge, with participants wearing blue as a symbol of hope and peace.” (here)

Shortly before the knife and vehicle attack Wednesday on the streets of London, Turkish President Erdoğan warned Europeans worldwide of dire consequences if Europe continued to resist his ability to appeal to the Turkish diaspora there. While President Erdoğan has threatened the safety of Europeans before, this latest threat appeared to be a call to action.

If you continue to behave like this, not a single European, not a single Westerner will be able to take a step on the road safely anytime in the world,” Erdoğan said at a press conference adding: “We as Turkey are calling on Europe to respect human rights and democracy. (Note the irony here.)

Many Turks living in countries like the UK, Germany and the Netherlands have expressed massive support for Erdoğan following the failed coup attempt last year.

Shortly after the coup, tens of thousands of Turkish expats attended a rally in Cologne, Germany, to express support for Erdoğan. Then, last week, when two Turkish ministers were refused entry in the Netherlands a week ago, hundreds of Turks flooded the streets of Rotterdam and rioted.

Erdoğan has suspended high-level diplomatic relations with the Dutch calling them “Nazi remnants,” and the pro-Erdoğan Turkish press depicted German Chancellor Angela Merkel as a Nazi on the cover of newspaper Gunes.

In still another threat to Europeans, Erdoğan said the EU can “forget about” the migrant deal and that it is, for all intents and purposes, dead anyway. This threat appears quite real as a recent report showed an abnormal increase in the number of migrant arrivals over the past week. END_OF_DOCUMENT_TOKEN_TO_BE_REPLACED