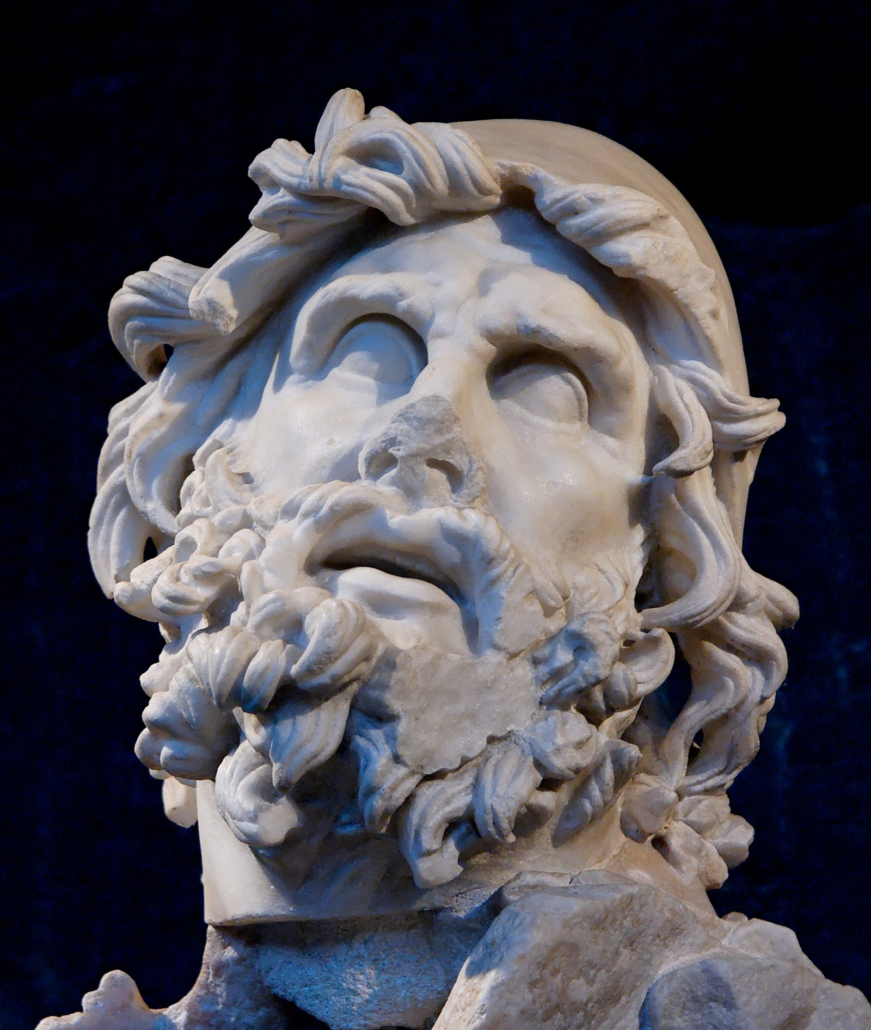 Head of Roman-era statue of Odysseus, found in the grounds of the former villa of the emperor Tiberius.

“Who are you, and from where? Where are your city and your parents?” Thus does a stranger ask Odysseus to identify himself in Homer’s poem dedicated to that hero, the Odyssey (10.325). Taking place after the travails of the Trojan War, the tale is fundamentally about Odysseus’ struggle to find and reestablish his place in a chaotic world. During his twenty-year absence, the hero’s native land of Ithaca has fallen victim to usurpers, and he must overcome innumerable obstacles to find his way home and restore his political authority as king through subterfuge and violence. Odysseus never gives up on his quest, nor does he settle down in one of the many places he visits, because he never forgets his dear family and fatherland, those two defining aspects of his social identity.

The Odyssey has inspired Europeans of every generation since the ancient Greeks and Romans up to the present day. Besides the picaresque quality of Odysseus’ fantastic adventures, one finds an enduring story that can only resonate with all those who long for home. Odysseus, rather unlike Achilles, is close to an ideal hero: enduring, cunning, resourceful, diplomatic, and ruthless when necessary. If the Iliad is the memory in poetry of the archaic Greeks’ countless forgotten wars of conquest and plunder, the Odyssey is that of their exploration and colonization of the ancient Mediterranean and Black Sea, endeavors which were often no less violent. If the Iliad is about the tensions between individual and community in the savagery of wartime, the Odyssey suggests a more constructive personal and political project: the journey home and the restoration of a good country.

Odysseus’ visiting various, often dystopian, societies and his quest to restore his Ithacan kingdom indeed suggest an implicit Homeric politics. The world of Odysseus is an often brutal and lawless one in which travelers are at the mercy of the goodwill of their hosts. Without reciprocity or strength, one is liable to fall victim to depredation. In this trustless world, Homer identifies two things which can serve to create more civil societies: piety and kinship. While the ideal of the polis, of individual sacrifice for the common good, is indeed hinted at in the Odyssey, Odyssean politics are firmly monarchic, with reciprocal duties between king and people.

Among the aristocratic ruling class Homer is dealing with, kinship is the basic foundation for identity and solidarity, and therefore of both personal and political action. Strangers are synonymous with uncertainty and potential violence. Kinship in contrast entails inherited resemblance and shared pride in and duties towards one’s lineage. Among kin, there is the possibility of security. That security, however, only exists by the strength of the family father, his domestic authority and his willingness to use violence against hostile aliens. The Odyssey is then also a tale of what befalls a family and country when the patriarch, by his absence, no longer meets his responsibilities.

For Homer, identity and purpose is found in one’s lineage. One acts for the sake of one’s ancestors and one’s descendants. Odysseus and his son Telemachus resemble one another by virtue of their shared blood and must work together to save their family’s status and power. The restoration of paternal and kingly authority in Ithaca is impossible without brutal revenge against the usurpers. And it is only within the circle of such violence that one’s kin can enjoy a secure and gentle life. According to Homer, a happy man has prosperous descendants and the people thrive under a righteous king, for he rules them like a good father. END_OF_DOCUMENT_TOKEN_TO_BE_REPLACED