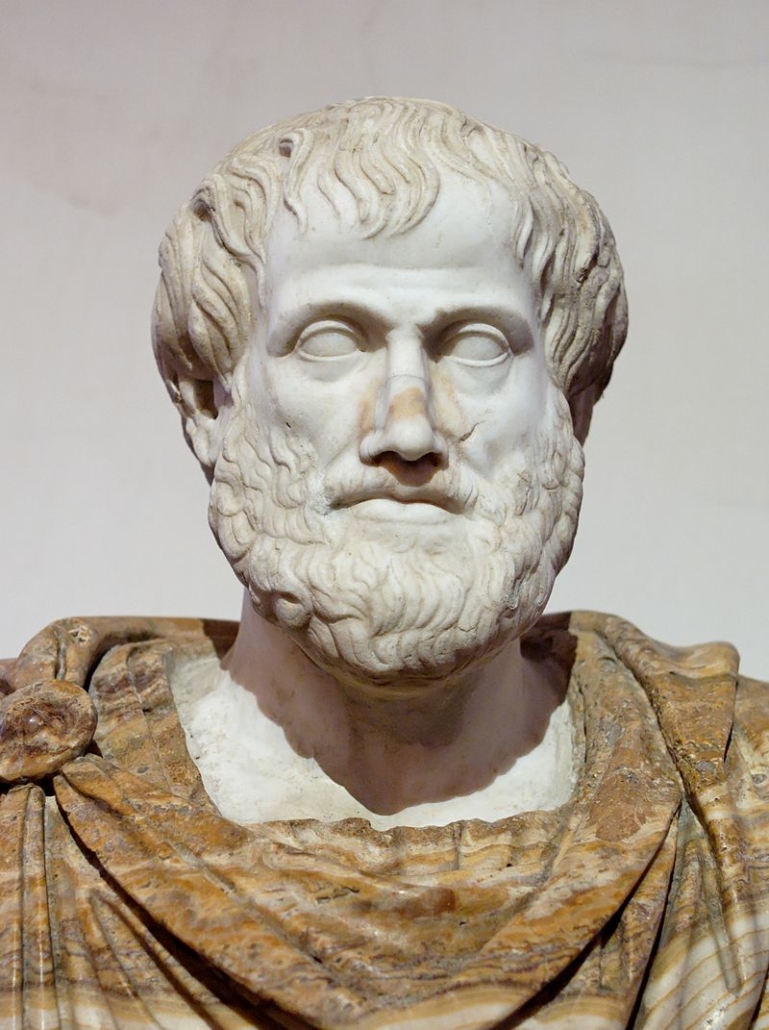 The texts that have come down to us from Antiquity were written for a time and place very different from our own. Their very origins are often mysterious, and yet, their concerns often speak to us very directly. We do not even know how Aristotle’s Politics, his main political treatise, were edited. They appear to be the philosopher’s fossilized lecture notes, which he would have used when teaching in his Lyceum, or were perhaps drafted to enable students not present to read them privately.

By their nature, the Politics are an excellent introduction to ancient Greek political practice and philosophy, and one which can be fruitfully read even by young minds. Aristotle’s pedagogical method, presenting the apparent data (phainomena) and various opinions of learned men (endoxa) is particularly helpful: he provides an almost encyclopedic overview of the opposing viewpoints which were prevalent and of the practices of the various ancient city-states. We get a strong sense of the issues and debates which were already agitating our people. Aristotle’s insights concerning the nature of responsible citizenship and the dangers of excessive egalitarianism and diversity remain relevant to this day.

Aristotle’s political thought — at least in the surviving works — does not soar to the eugenic and spiritual heights of Plato. However, Aristotle’s moderate and pragmatic brand of politics is much more palatable to someone raised in modern liberalism, while at the same time being a better introduction to the communitarian and aristocratic political ethics of the ancient Greeks. What was really unique about the Greek experiment of the city-states was the practice of citizenship. Never before and rarely since, even within the Western world, has a substantial body of the people been so involved in their own collective self-government. We would be mistaken however in equating citizenship in the ancient polis with that of the republicanism of the Enlightenment, let alone of the postwar liberal democracies.

In his Nicomachean Ethics, a companion piece to the Politics dedicated to his son Nicomachus, Aristotle argues that we should have as much respect for unreflective views won from practical experience as for abstract arguments: “we ought to attend to the undemonstrated sayings and opinions of experienced and older people or of people of practical wisdom not less than to demonstrations; for experience has given them an eye they see aright” (6.11). Aristotle’s politics can in fact be considered somewhat conventional for an upper-class Greek[1] — arguing for a moderate regime based on law and a sizable middle-class of citizen-soldiers. However, as we shall see, he also rationalizes traditional Greek politics in biological terms with novel scientific foundations and philosophical ends.

Aristotle embraced the ethnocentric, communitarian, and virile traditions of the Greek polis. For the Greeks, the ideal of citizenship did not mean guaranteeing a set of arbitrary “inalienable rights” as ends in themselves or the privilege of simply doing as one pleased. Rather, they believed that the good of the individual necessarily depended upon the good of the whole, to which all had to sacrifice when necessary. Citizenship meant not rights, but participation in the setting and enforcement of duties. As Aristotle eloquently puts it, citizenship is “to rule and be ruled in turn.” In the Greek city-state, this meant varying degrees of participation in the Assembly, the courts, and political and military offices. For Aristotle, as for the Greeks in general, citizenship was incompatible with egalitarian excess, decadence, and effeminacy.

In considering the possible structures of government discussed by Aristotle, we ought to bear in mind the sheer diversity of Greek polities scattered around the Mediterranean: the commercial-democratic imperial metropolis of Athens, the agrarian and austere military aristocracy of Sparta, the multiethnic tyranny of Syracuse, traditional monarchies, the democratic federations of Boeotia and Arcadia, tribal confederacies . . . the Ancients were certainly far more tolerant of diversity in forms of government than postwar Moderns are.

The Greek city-state could indeed be extremely intrusive. By modern liberal standards, it was not just authoritarian but “totalitarian”[2] — not recognizing a private life wholly free from politics and seeing the state as having a decisive role in the formation of culture. Aristotle himself recognized that law and culture were thoroughly intertwined, as “laws resting on unwritten custom are even more sovereign, and concerned with issues of still more sovereign importance, than written laws” (1287a32). The state’s role included the definition and enforcement of positive cultural norms and customs. Economic, family, and religious life could be sharply regulated, so that all would acquire healthy habits promoting the common good. The polis’s unique system of government was possible because of the smallness and familiarity of the city — generally not numbering more than 50,000 people, with far less citizens. The citizens were bound together by ties of kinship, personally knew the leading politicians directly, and participated on a day-to-day basis in civic life, whether as jurors, assemblymen, or soldiers. For Aristotle, therefore, citizenship would not be possible if the whole Peloponnesian peninsula were a single state or indeed if the supercity of Babylon were a republic.

In practice, ancient Greek politics was defined by choosing office-holders, deciding on policies, and holding trials, as well as the more-or-less amicable debates surrounding these. Depending on the kind of regime, hereditary kings, elected councils, or even the entire citizenry gathered in assembly would decide on such matters. In domestic affairs, the state would regulate and supervise the marketplace, countryside, and marriages, as well  as expenditures on public works, the organization of military forces on land and sea, and immigration policy. They would also define the legally-recognized classes of citizens, and censor or promote various forms of culture. The more ambitious cities, such as Sparta, would seek to regulate reproduction, systematically educate the youth, and organize the citizens’ common meals, gymnastics, and military training.

In foreign affairs, the state would decide on war and peace, the formation of alliances or confederations, economic embargoes, whether to subsidize allies, how to treat conquered enemies (enslavement or extermination), the establishment of puppet regimes, and overseas colonization. The stakes were high: failure to maintain goodwill among citizens often led to gruesome civil wars and conquest by invaders, including fellow Greeks, who could be as cruel as they pleased. The polis as a system of government was a demanding one which was eventually surpassed by the great universal empires. Nonetheless, the polis  served the Greeks well for centuries, enabling their expansion across the Mediterranean; it was an unprecedented experiment in self-government. The polis allowed for an astonishing diversity of forms of governments and corresponding achievements, from the martial prowess and stability of Sparta to the economic, political, and cultural dynamism of Athens. END_OF_DOCUMENT_TOKEN_TO_BE_REPLACED