The following is a clear sign that Whites’ position vis-à-vis the government and elites has become perilous, or at least tenuous.  Traditionally in political rhetoric, the phrase “all Americans” is meant as an implicit rebuke to those who in their hearts would very much like to exclude one particular group who is outside the norm of heterosexual Whites.

For example, picture a leftist politician proclaiming, “We need a country that works for all Americans.” There’s a little bit of attitude in that “all.”  It’s another trite cliché of political speech, or if you like, politically correct speech — right up there with “diversity is our greatest strength.” Now, however, the phrase “all Americans” is sometimes meant as a nod to Whites, not Blacks or Hispanics.  It is ironic that Republicans, and more broadly the right, have taken up the “all Americans” phrase as a rebuke to the extreme left, Black Lives Matter crowd who would be very happy to focus on their own ethnic interests exclusively.

This phenomenon has occurred recently in the “All Lives Matter” repartee to the BLM slogan.  Who would have thought that saying “All Lives Matter” would become a provocative rallying cry for normal White Americans?  Former Maryland governor Martin O’Malley was forced to apologize for using this phrase during the Democratic primary campaign.  Surely this must come as a bleak reminder of where White identity stands in the diversity hierarchy. Apparently expected to shill for minorities without so much as a hope to also be protected by our country’s laws. END_OF_DOCUMENT_TOKEN_TO_BE_REPLACED

Going into Donald Trump’s acceptance speech I thought he would pivot, as they say, from some of the positions that most annoy the New York Times et al. Far from it. It was all there. Build the Wall, no immigration from countries associated with terrorism (okay, he didn’t say ‘Muslims’, but it was an obvious proxy), immigration for the benefit of Americans (rather than, it is implied, as a moral imperative — which almost automatically implies a drastic decrease in legal immigration), crime by illegal immigrants (complete with poignant stories about the victims), the insanity of US refugee policy given the problem of Muslim terrorism and the inability to vet refugees — and in particular Hillary’s proposal to vastly increase the numbers. And that’s just immigration.

I also loved that he didn’t back away from detailing Hillary’s crimes—the email scandal, the lying about the email scandal, the hundreds of millions of dollars flowing to the Clinton Foundation from foreign governments associated with terrorism and human rights abuses while she was Secretary of State, with the crowd chanting “Lock her up.” The mainstream media is particularly piqued to think that the RNC delegates would act so uncharitably toward their darling (the LATimes called it a “lynch mob.” But just how much politeness does someone who has taken corruption at the highest levels of government to heights never seen in my lifetime (and I’m an old guy) deserve? END_OF_DOCUMENT_TOKEN_TO_BE_REPLACED

This essay is based on a speech given at NPI’s 2016 winter conference, Identity Politics; first posted at Radix.

The Donald Trump phenomenon is amazing. I’ve never seen such enthusiasm for a politician—ever. His rallies are overflowing with emotion. This scares a lot of people because it conjures up images of populism, and even fascism. There’s something about crowds of cheering White people that terrifies America’s elites, especially when the speaker is criticizing their long-standing immigration policies.

We have become inured to an arrangement in which major party candidates are vetted by the media and the donor class before being put up for election. It’s a top-down system that more resembles an oligarchy than a democracy. Donald Trump has not been vetted.

Trump has said some incredible things—things I never thought I would hear from a politician with a real chance to win it all: birthright citizenship, Mexican criminality, a moratorium on admitting Muslims, an immigration policy that meets the needs of Americans, to name but a few. Without Trump in the GOP field, we’d be choosing between candidates’ methods of balancing the budget.

For years, the system has been stacked against our movement, to put it mildly. We have been doing our best to figure out how to get our issues before the public—issues like immigration and the demographic transformation of the United States. We ask: How could it happen? How could a political movement arise that would ignite the imaginations of White America, depose the corrupt donor class in the Republican Party and the corrupt politicians in Congress, and generate a populist uprising among those Peter Brimelow calls the “historic American nation”?

END_OF_DOCUMENT_TOKEN_TO_BE_REPLACED

Donald Trump is the implicitly White candidate. One indication of this is that he is doing better in primaries where there is cross-over voting, implying that independents and Democrats, especially working-class Whites who have not already bailed on the party of Al Sharpton, La Raza, and the rest of the Rainbow Coalition, are attracted to his populist themes. In the most recent debate (March 10) Trump emphasized that he is drawing support from Democrats and independents in an effort to defuse Republican fears that he is appealing only to a very narrow base.

In effect Trump is expanding the White base of the GOP — to the point that pretty soon the only Whites voting Democrat will be college professors and the young SJWs who take them seriously.

The cross-over appeal of Trump will only be increased by the violent clashes between Trump supporters and protesters in Chicago (March 11). Most Whites will associate the opposition to Trump with last year’s BLM and radical left riots and protests, like those in Ferguson, Baltimore, and numerous college campuses where speech that offends the left is routinely shouted down in a torrent of (often anti-White) hatred phrased as lofty moralism. The Chicago protesters looked like a combination of BLM protesters and Bernie Sanders-supporting, White SJWs — a combination that is likely to anger a very large swath of White America. I would be amazed if Trump did not benefit from this. END_OF_DOCUMENT_TOKEN_TO_BE_REPLACED

I thought this was a particularly interesting podcast — and a preview of some of the themes that are sure to be raised at the upcoming NPI conference in Washington, DC on March 5. The podcast can be accessed at the Radix: Richard Spencer Podcast with Kevin MacDonald: Principle Interest. 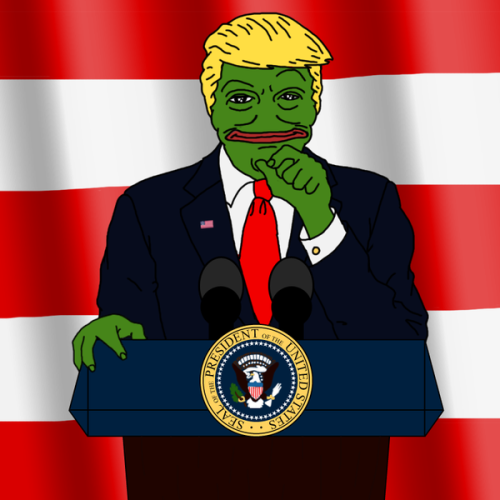 END_OF_DOCUMENT_TOKEN_TO_BE_REPLACED

I have been very struck by the overwhelming Whiteness of support for the candidacy of the archeo-socialist Bernie Sanders to the presidency of the United States of America. This support even extends into Europe among young, hip, English-speaking watchers of the Daily Show.

This Whiteness has been evident in polls and voting. Sanders has done consistently poorly with Black and Hispanic voters as compared to Whites — which does not bode well for him when the primaries shift to states with large non-White populations. Blacks and Hispanics support Hillary Clinton more than two-to-one over Sanders, while Whites are almost evenly split between them. Sanders is absolutely dominating among the young, winning 84% of votes from 17 to 29 year-olds in Iowa. (Feminist Hillary supporters have tried to drive to a wedge between White women and Sanders with the so-called “Bernie bros” meme, but it really has not worked.)

(Incidentally, the obscene comedy show South Park has also been pointing out this White liberal longing for an authentic “home,” which is simultaneously nice and superficially multicultural/multi-class.) END_OF_DOCUMENT_TOKEN_TO_BE_REPLACED

Extreme sports is a context for implicit Whiteness:

Extreme athletes exist in an implicitly White world where they associate only with other White men—“a racially and gender exclusive place” where White men “can un-apologetically perform an ideal masculinity which they cover by taking death-defying risks, enduring the pain of participation and displaying an unwavering confidence and coolness in the face of apparent danger.” …

As Domitius Corbulo notes in his comment on the vast overrepresentation of Europeans as explorers:

Exploration is not only a popular subject, but one filled with fascinating stories of human greatness, heroic will, and stamina against immense odds and hardship—exactly the sorts of traits that, according to cultural Marxists, should not be found to be unusually common among Europeans. …

Roughly speaking I counted about 75 great European explorers in the period from about 1800 to the present, men (and a few women) who dedicated themselves to the discovery of the unknown, reconnoitering every place of the planet, climbing the highest mountains, penetrating into the deepest crevices of the oceans and high above in space. This history is rarely taught in our schools and universities; it has been virtually banned, or slandered by charges of imperialism.

Tommy Caldwell and Kevin Jorgeson exemplify these traits, with a strong dose of perseverance and incredible bravery. They have succeeded in a free climb of El Capitan, in Yosemite National Park. “Free climbing” is climbing from ledge to ledge using only the natural features in the rock, using ropes only for protection in case of a fall, and not relying on gear for upward progress. The photos below give some idea of the challenges involved.