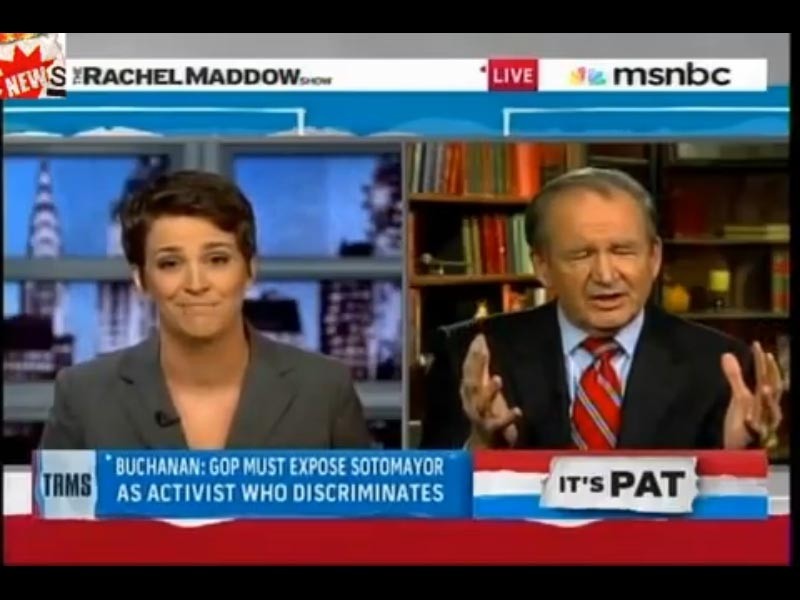 Rachel Maddow: Trying not to cry during interview with Pat Buchanan

Criticism of Zionist Projects Not a Problem at MSNBC

Having found defenders on the left, Buchanan started working for MSNBC in July 2002, the ADL’s disapproval notwithstanding. Criticism of Israel-First foreign policy never seemed to be a problem for him there. James Kirchick, a harsh critic, complains in the Columbia Journalism Review:

The very same “left” which Buchanan decries today as unwilling to hear his voice was more than happy to lap up his commentary in one crucial realm: foreign policy. [James Kirchick, “Pat Buchanan and His Enablers,” Columbia Journalism Review, 23 February 2011]

On Buchanan and Press, MSNBC’s imitation of CNN’s Crossfire, both the rightwing Buchanan and the leftwing Bill Press agreed that the United States should not attack Iraq. Opposition to Zionist or pro-Zionist aggression seems to have been more or less the established view at MSNBC when Buchanan started there.

In addition to Pat Buchanan and Press, MSNBC’s Phil Donahue and Chris Matthews were dishing out skepticism of the justifications for war on a regular basis. Since the current president of MSNBC, Phil Griffin, was the producer of Hardball with Chris Matthews during its strongest anti-war period, and since Griffin was also a longtime personal friend of Keith Olbermann’s from the 1980s when they both worked at CNN, it would appear that Griffin does not have any objection to airing anti-war commentary. END_OF_DOCUMENT_TOKEN_TO_BE_REPLACED

On the drive home from work the other day, I was listening to an NPR report on a math geek get-together in Boston.

What got my attention wasn’t the story, but the name of the reporter:  Ari Daniel Shapiro.

The insertion of the middle name “Daniel” was perplexing, until it became clear that they were trying distinguish him from NPR White House correspondent Ari Shapiro.

But then I had to laugh— really?  Two Ari Shapiros, working for the same news organization?  I mean, dismiss conspiracies about Jewish media control if you will, but this one is just too hilarious to ignore.  Two (I presume) totally unrelated men, both with same first and last distinctly Jewish name, both talking up their take over the taxpayer-funded national public radio service.

Whatever.  Their tastes, their interests, their spin— they bend in a predictable fashion.   END_OF_DOCUMENT_TOKEN_TO_BE_REPLACED

The current TOO video is a 9-minute segment from Charles Lindbergh’s famous (our elites would say ‘notorious’) Des Moines speech of September 11, 1941 where he described the three forces that were leading the U.S. to war: The British, the Jews, and the Roosevelt administration. Discussing the roles of the British and Roosevelt was not controversial–politics as usual, and certainly no one could claim that Lindbergh’s claims were unfounded. But his comments on Jews resulted in an extraordinary firestorm that remains a marker of Jewish influence during the period and reverberates even today, as in Philip Roth’s The Plot against America, a paranoid Jewish fantasy of a Lindbergh presidency.

Unfortunately, I have been unable to find the rest of the speech on the Internet, which seems odd since the part on the Roosevelt administration is available—leading to paranoid fantasies of my own. It would be great if someone could find it.

Another available Lindbergh video is this 1-minute video of a speech given on the Mutual Broadcasting System, one of the major networks during the period, on October 13, 1939. Lindbergh warns that the war in Europe is a war for the survival of the White race. He uses phrases like the  “bond of race” that the US has with Europe, that “racial strength is vital” and of the need to preserve the “European race” (by which he meant to include all Europeans, not just Nordics but all European groups, including the Slavic peoples). 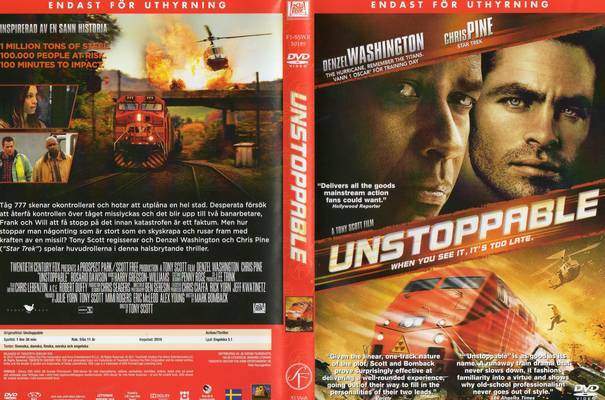 Few readers have likely noticed, but my contributions to this site have fallen dramatically this year. The reason is simple: I’ve been convinced by the likes of Alex Kurtagic, Harold Covington et al. that merely tap-tap-tapping on computer keys accomplishes little. Worse, I know I’m guilty of what they both disparage: writing negatively about our situation. On top of that, I have nowhere near the skill or imagination needed to construct a useful new “myth” for our people a la the peerless Michael O’Meara. Result: I’ve stopped writing.

Still, I do continue to teach students how to read a film, but of course I do not do so openly from a White Nationalist position, nor did I mention the role of Jews as a hostile elite. I also write academically on film, so it’s not like I have writer’s block.

In fact, for some years now, I’ve been focused on the films of two chosen Black actors, Morgan Freeman and Denzel Washington. I’ve argued that the anti-White structure (erected by Jews) in Hollywood has demanded the creation of model Black men to “teach” the population that such characters are the norm in our new multicultural society. END_OF_DOCUMENT_TOKEN_TO_BE_REPLACED 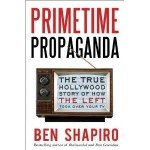 It’s virtually a cliche that Hollywood is the embodiment of cultural Marxism and exclusion of conservatives (see “Navigating Hollywood: Conservatives and Christians Need Not Apply“). Now a new book, Primetime Propaganda: The true Hollywood story of how the left took over your TV, promises to provide a great deal of detail and juicy anecdotes on Hollywood and the Left.

In the following video clip, Leonard Goldberg notes that liberalism in the TV industry is “100 percent dominant, and anyone who denies it is kidding, or not telling the truth.” When asked if politics are a barrier to entry, Goldberg says, “Absolutely.”

There’s the familiar sense of moral and intellectual superiority:

Friends co-creator Marta Kauffman says that when she cast Candace Gingrich-Jones, half-sister of Republican former House Speaker Newt Gingrich, as the minister of a lesbian wedding, “There was a bit of ‘fuck you’ in it to the right wing.”

Kauffman also acknowledges she “put together a staff of mostly liberal people,” which is another major point of Shapiro’s book: that conservatives aren’t welcome in Hollywood.

However, the ranks of dumb right-wingers has dwindled, according to Harris, whose video has her saying: “At least, you know, we put Obama in office[!!], and so people, I think, are getting – have gotten – a little bit smarter.”

Ah yes, a sure sign of intelligence is voting for Hollywood’s preferred candidate. And now that Obama is president, we are all the wiser for it. END_OF_DOCUMENT_TOKEN_TO_BE_REPLACED

In 1935, the Austrian physicist Erwin Schrödinger conceived a famous thought experiment known as Schrödinger’s Cat to express a paradox that exists between unverified states in quantum mechanics. The basic idea Schrödinger wished to ridicule was that with two unobserved possibilities – in this case a cat in a box that was either dead or alive – both exist until the box is opened.

This thought experiment with its element of the absurd is rather similar to the case we have today of whether Osama Bin Laden was killed in Abbottabad or not, especially as the process by which this was ‘perceived’ by the outside world is so suspect. While some people believe the story, others subscribe to a growing number of conspiracy theories. Just like Schrödinger’s unobserved cat therefore, the murky news from Abbottabad is helping to generate alternative Bin Ladens – some walking around, some already long dead, some even chuckling away with their CIA controllers. END_OF_DOCUMENT_TOKEN_TO_BE_REPLACED

The departure of Glenn Beck is yet another indication of the power of the left to expunge the media against people and ideas they don’t like.  Or at least, that’s the claim. The George Soros-funded Media Matters was all over MSNBC crowing about their success in getting rid of a high-profile critic of their benefactor. A NYTimes account states,

Almost immediately after Mr. Beck’s announcement, the progressive group Media Matters for America, which combats Fox on a daily basis, said it was “no surprise” that he was leaving, given that many advertisers had shunned Mr. Beck’s show ever since he labeled President Obama a racist in the summer of 2009. (Fox has said in the past that the advertisers simply moved over to other programs on the channel.)

Color of Change, the group that spearheaded an advertiser boycott of Mr. Beck, asserted that the program lost “over 300 advertisers.” James Rucker, the executive director of the group, said in a statement, “Fox News Channel clearly understands that Beck’s increasingly erratic behavior is a liability to their ratings and their bottom line, and we are glad to see them take this action.” END_OF_DOCUMENT_TOKEN_TO_BE_REPLACED