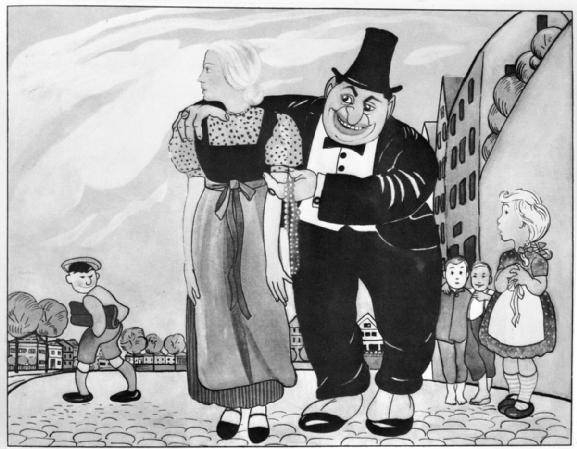 Anti-Jewish cartoon from a German school book for children (c. 1935) alleging  the sexual exploitation of German women by Jewish men.

8.  The sexually corrupted have now become the corrupters

The impression one gets by reading Rabbi Dresner’s book—Can Families Survive in Pagan America?—is that over the course of the twentieth century in America the Jews have suffered one of the greatest defeats in their history.

Dresner blames this defeat on assimilation, but the irony is that the Jews were corrupting America’s morals at the same time that they were undergoing moral corruption themselves by assimilating so successfully in America.

Assimilation means the adoption of pagan sexual mores of the sort that nearly destroyed the Israelites at the time of the Book of Kings. The Jews who came to America, who arrived from the Polish shtetls, arrived to find a ruling class more interested in Darwin than in Christ. They adopted the worst aspects of modernity and became both the corrupted and—because of their influence in the media—the corrupters simultaneously. END_OF_DOCUMENT_TOKEN_TO_BE_REPLACED

A study to be published in September in Current Directions in Psychological Science, prominent peer-reviewed academic journal, goes beyond the well-known fact that the vast majority of social psychologists are on the left (“Survey shocker: Liberal profs admit they’d discriminate against conservatives in hiring, advancement“).

Psychologists Yoel Inbar and Joris Lammers, based at Tilburg University in the Netherlands, surveyed a roughly representative sample of academics and scholars in social psychology and found that “In decisions ranging from paper reviews to hiring, many social and personality psychologists admit that they would discriminate against openly conservative colleagues.” …

More than a third of the respondents said they would discriminate against the conservative candidate. One respondent wrote in that if department members “could figure out who was a conservative, they would be sure not to hire them.” …

Generally speaking, the more liberal the respondent, the more willingness to discriminate and, paradoxically, the higher the assumption that conservatives do not face a hostile climate in the academy. …

A 2007 report by sociologists Neil Gross and Solon Simmons found that 80 percent of psychology professors at elite and non-elite universities are Democrats. Other studies reveal that 5 percent to 7 percent of faculty openly identify as Republicans. By contrast, about 20 percent of the general population are liberal and 40 percent are conservative. …

[While much larger percentages of faculty are economic conservatives,] the widest divide occurs on social issues, the contested terrain in the culture wars shaking the academy. On these contentious issues, 90 percent identified as liberal and only 4 percent as conservative.

Of course, social psychologists by definition perform research on social issues—precisely the areas where they are overwhelmingly liberal. Don’t expect any race realist research on criminality or ethnic differences in aggressiveness to come out of mainstream social psychology. END_OF_DOCUMENT_TOKEN_TO_BE_REPLACED

Well, it turns out after all that Jews do control the media—and a whole lot besides. So says Manny Friedman, writing in the Times of Israel (“Yes, Jews DO control the media“).  Of course, we at TOO have known this for quite a while, but it’s nice to hear it from a Jew, even though it’s in a Jewish publication and intended to be part of a Jews-only dialog. The thing is, it’s okay for someone like Friedman to say it (or Joel Stein, writing in the LATimes and linked by Friedman). But it’s definitely not okay for someone like me. In fact, Friedman is typical of Jewish writers who inhabit a completely Jewish universe when they talk about anything relating to Jews. Friedman is well aware that non-Jews who talk about such issues should prepare for a wall-to-wall, no-holds barred, 24/7 campaign against them:

The funny part is when any anti-Semite or anti-Israel person starts to spout stuff like, “The Jews control the media!” and “The Jews control Washington!” Suddenly we’re up in arms. We create huge campaigns to take these people down. We do what we can to put them out of work. We publish articles. We’ve created entire organizations that exist just to tell everyone that the Jews don’t control nothin’. No, we don’t control the media, we don’t have any more sway in DC than anyone else. No, no, no, we swear: We’re just like everybody else! Does anyone else (who’s not a bigot) see the irony of this?

I don’t see any “funny parts” to this, and I rather doubt that “irony’ is the right word here. How about “ethnic strategizing,” as in “Does anyone else (who’s not a bigot) see the ethnic strategizing of this?” END_OF_DOCUMENT_TOKEN_TO_BE_REPLACED

Pat Buchanan has not appeared on MSNBC since October, when he began promoting his book, Suicide of a Superpower: Will America Survive to 2025? He expressed concern about “the end of white America” and the shrinking of the “European and Christian core of our country.” In January 2012 MSNBC’s president Phil Griffin said, “The ideas he put forth aren’t really appropriate for national dialogue, much less the dialogue on MSNBC.”

Following his dismissal from MSNBC, Buchanan named what he regards as the provocateurs of his downfall (see “The New Blacklist”). Buchanan blames “an incessant clamor from the left,” itemizing the Black-advocacy group Color of Change, Media Matters, and an unnamed LGBT group. After them, at the end of the list, Buchanan adds, “On Nov. 2, Abe Foxman of the Anti-Defamation League, who has sought to have me censored for 22 years, piled on.” Likewise  Congressman Tom Tancredo: “MSNBC’s decision to dismiss Pat Buchanan shows the depths to which the mainstream media has caved to far-left pressure groups like the Southern Poverty Law Center, the National Council of La Raza, Color of Change and Media Matters. There can be no doubt that these smear operations were responsible for Buchanan’s dismissal.”

I disagree with this, the prevalent view. I argue that what many people think were the causes of Pat Buchanan’s dismissal probably were not. What really hurt Buchanan was probably not the horde of angry enemies circling the walls of MSNBC and blowing trumpets, not the ADL, not Media Matters, not even Color of Change or the LGBT group. While the public is disposed to equate making noise with exerting influence, the decision of an executive in an office need not have been influenced by any of that in the slightest. I suggest that the decision to fire Buchanan from MSNBC may have been based on a consideration that is relatively or even completely obscure to the general public. END_OF_DOCUMENT_TOKEN_TO_BE_REPLACED 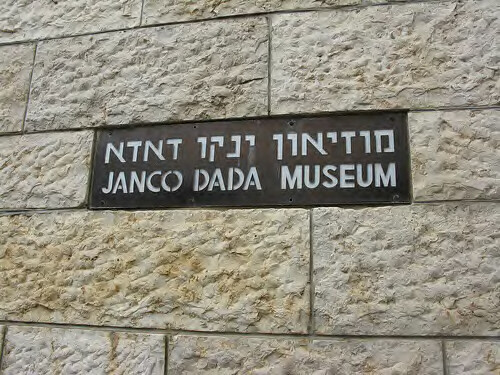 Other Jews involved with Zurich Dada

Among the other Jewish artists and intellectuals who joined Tzara in neutral Switzerland to escape involvement in the war was the painter and sculptor Marcel Janco (1895–1984), his brothers Jules and George, the painter and experimental film-maker Hans Richter (1888–1976), the essayist Walter Serner (1889–1942), and the painter and writer Arthur Segal (1875–1944). END_OF_DOCUMENT_TOKEN_TO_BE_REPLACED 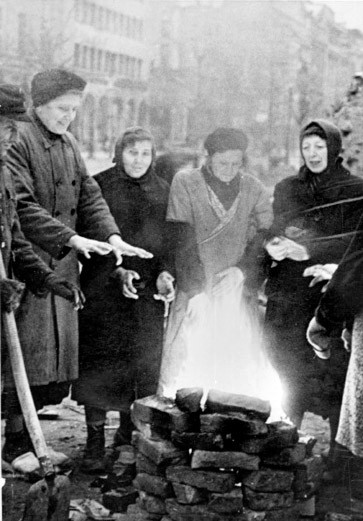 Today we can hardly imagine that 65 years ago the victorious Allies were in the process of dismembering Germany, tearing down its economy and starving out its population. Older Germans remember the postwar winter of 1946/1947 as a dreadful hunger winter. In his book The German Question and the Origins of the Cold War (Milan 2008) Nicolas Lewkowicz notes that “Germany was given the most comprehensive treatment ever dispensed to a vanquished nation in the modern history of the international political system.” (p. 11) The question is how this treatment came to be and which forces played a pivotal role in these developments.

In 1942 the war was far from decided as German submarines were cruising the American Eastcoast and German tanks were relentlessly advancing in Russia and Africa. This did not stop (or maybe actually encouraged) Jewish exiles from dreaming about Germany’s demise after the war. Tens of thousands of Jewish exiles from Germany had found refuge in New York and even had their own newspaper —Aufbau (German word for ‘build-up’). They were not sitting idle awaiting the end of hostilities, but were active in canvassing the public opinion to lobby for imposing a hard peace on Germany. The most active and outspoken among them was Emil Cohn, better known under his German pen name Emil Ludwig. END_OF_DOCUMENT_TOKEN_TO_BE_REPLACED

Yet another glimpse into the massive Jewish ethnic infrastructure, the infrastructure that undergirds the power of the Israel Lobby. A column by Justin Logan in The National Interest (“Memo to Leslie Gelb: The neocons never left“) points out that neocons are alive and well, dominating the foreign policy of the Republican Party. Logan points to Mitt Romney’s foreign policy advisers, most of whom are neocon Jews. And we certainly can’t expect anything better from the likes of Rick Perry, Michele Bachmann, and Herman Cain.

The reason the neocons have been so successful in taking over the Republican foreign policy establishment is that they provide careers for like-minded people:

As Scott McConnell has pointed out, neoconservatism is a career. Or as Bill Kristol remarked in 2005, the neoconservatives have done such an excellent job building institutions and infrastructure for developing the next generation of neocons that “soon there are going to be more neoconservative magazines than there are neoconservatives.” There are dozens of twenty-something, thirty-something, forty-something and older neocons throughout Washington, working at think tanks, editorial pages, in government and elsewhere. I could probably count on two hands the number of youngish national-security types I know in town who I could strain to call realists. This imbalance among foreign-policy elites helps create the mistaken impression that there are lots of neoconservatives in America generally, which there aren’t. Neoconservatism really is a head without a body.

But that’s how foreign policy (not to mention immigration policy and policy related to all things multicultural) is made in the US—by elites with money and political connections, not by popular sentiment. The interests of America be damned. END_OF_DOCUMENT_TOKEN_TO_BE_REPLACED