Two interesting patterns became apparent after the recent general election in Britain. One of them has been extensively discussed in the mainstream media. The other hasn’t been discussed at all. Why not? Because it involves Britain’s most powerful ethnic group and that group intends to maintain its stranglehold on British politics. Power that can’t be discussed is also power that can’t be challenged.

Key qualities of the left

First, let’s look at the pattern that could be discussed in the mainstream: the resounding success of the Scottish National Party, which held six of fifty-nine seats in Scotland before the election. Now it holds fifty-six. A huge Labour majority has evaporated in a single day. The fiasco is further proof that the left doesn’t understand the societies it wants to control. As I pointed out in “The Toxicity of Truth,” parties like Labour are interested in power, not in facts, logic or objective reality. But their insatiable greed for power is sometimes thwarted by another of their key qualities: their boundless incompetence. 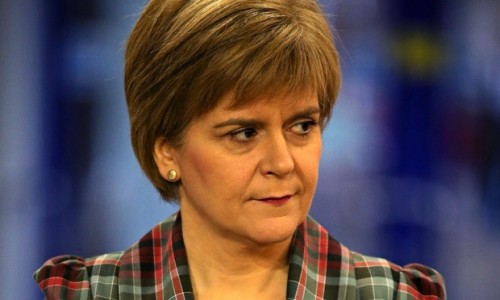 Labour gave Scotland more and more autonomy in the confident belief that this would “kill Scottish nationalism stone dead.” They thought they were injecting cyanide into the SNP. In fact, they were injecting steroids. Nicola Sturgeon, the SNP’s authoritarian, high-testosterone female leader, became a kind of mini-Obama during the election campaign. Just as millions of deluded narcissists in Europe wished they could vote for Obama in 2008, so thousands of deluded narcissists in England wished they could vote for Sturgeon in 2015. After all, she wants to put “equality and fairness” at the heart of Scottish politics, and she favours immigration and refugee policy that would only speed the Third Worldization of the U.K. What could be nobler than that? END_OF_DOCUMENT_TOKEN_TO_BE_REPLACED 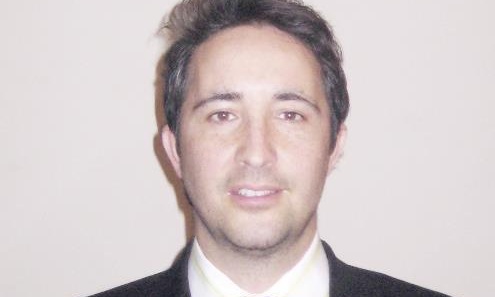 Jack Sen ran for a seat in Parliament representing West Lancashire. Until less than a week before the election, he was running under the banner of UKIP, but he was suspended from UKIP for an interview he gave a South African organization, the European Knights Project (posted on April 12), and for tweets received by Luciana Berger, a Jewish woman who is a Labour MP.  He has kindly agreed to respond to written questions.

UKIP is obviously struggling to not be seen as “racist” in order to be acceptable to the establishment and to White voters who fear and loathe multicultural UK but are unwilling to vote for a party labeled “racist” in the media. Is there a disconnect between White voters likely to vote for UKIP and the UKIP leadership?

Firstly, I’d like to sincerely thank you for giving me an opportunity to speak to your audience. You do very important work.

There is definitely an enormous disconnect between people on the ground — parliamentary candidates like myself and unpaid volunteers that support us with our campaigns — and the people running the party.

There’s no denying that the vast majority of the noble people supporting our efforts are salt of the earth, red blooded Englishmen that want real change and to see a return to the Britain we all knew and loved. That’s evident from the sorts of conversations I’ve had at local meetings and convention dinners. The average UKIP supporter recognises the catastrophic damage Cultural Marxism has had on our homeland and supports us — even offers up his time and money — in the hope we (UKIP) can make a difference. They might not recognise the Jewish element to Cultural Marxism, however they certainly recognise the impact liberalism has had on our society. From the intentional breakdown of the traditional family, to the pushing of alternative lifestyle choices on our youth, Leftists like Ed Miliband have reshaped British society from the council estates to the countryside. END_OF_DOCUMENT_TOKEN_TO_BE_REPLACED

Now that the smoke has cleared somewhat after Britain’s election there is one result that should be absorbed by anyone who cares about the future of the West. The Labour MP for Rotherham, a woman who presided over a vast child rape epidemic and noticed nothing, was re-elected with a substantially increased majority.

After months of lurid media coverage, after the exposure of the local Labour establishment, the resignation of the entire Labour council, the sacking of Labour-appointed culpable officials,  when no-one in the entire local Labour establishment could pretend they did not know what was going on, Sarah Champion was still able to pull in nearly twice as much as her closest rival, a UKIP candidate.

This is a woman who consorts with Muslim politicians who still deny the child rape epidemic. Her only response  was to say that White men are the main culprits nationwide.

For those who say that the only thing between us and a White awakening is a free media, it is a fact worth pondering over for a moment. END_OF_DOCUMENT_TOKEN_TO_BE_REPLACED